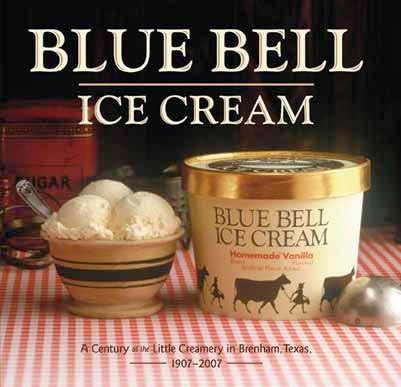 We all know that there’s nothing more American than baseball, hotdogs, apple pie, and Chevrolet, but as Texans we also know that you can’t eat apple pie without ice cream. And you can’t eat ice cream if it’s not Blue Bell ice cream. Blue Bell has been this state’s leading producer of ice cream since Blue Bell Creameries set up shop in Brenham, Texas in 1907. Blue Bell is as Texan as the flower that gives the company its name. It began as a small regional ice cream maker, not expanding outside of Texas until the late 1980’s. Even today, Blue Bell can only be found in around 20 states in the Southern / Western United States, yet it is among the top 3 best selling ice cream brands in the country. It is even rumored that Blue Bell was a favorite of President George W. Bush. And for all of you ice cream aficionados, tours of the factory in Brenham are available Monday- Friday, 8:30 am to 3:00 pm. With over 60 flavors to choose from, including the very Texan Buttered Pecan, there is surely something available that will make your taste buds sing.