Suburbia Fest in Plano - Bringing Quality Music to the Suburbs


When music promoter Live Nation hatched a plan three years ago to bring a signature entertainment event to the North Texas area, top brass weren’t all that concerned about which city would serve as its home. Their real priority in developing what would become this year’s inaugural Suburbia Music Festival — kicking off in Plano on Saturday and Sunday — was to decide whether it should be a no-frills camping fest like Bonnaroo or a come-and-go shindig a laAustin City Limits.

A pastoral setting is key for either, said Danny Eaton, Dallas resident and Live Nation’s senior vice president: Tennessee’s annual Bonnaroo Music Festival is held on a rural farm, and an overwhelming number of its attendees set up tents or sleep in vehicles. Austin City Limits Music Festival, of course, takes at a park within its namesake town so that people from all neighborhoods can hike, bike and shuttle in.
Historically, North Texas hasn’t hosted regular festivals like either of those biggies, which attract attendance in the 70,000 to 100,000 range. We’ve mastered single-day events in Deep Ellum and downtown (Homegrown Music and Arts Festival is notable), themed multi-day fests (Denton’s Arts & Jazz weekend, Richardson’s nostalgia-driven Wildflower Festival are two), and enjoyed one-time flings with over-the-top affairs (the recent March Madness Music Festival in the surprisingly functional Reunion Park comes to mind). We’ve even had our own showcase-heavy version of South by Southwest in the form of the on-and-off festival 35 Denton. (This year, it’s off.)
But Live Nation wanted a large-scale gathering in North Texas that could become an annual, reliable destination and bring in music’s A-listers and buzz artists.
Eaton said that after many months of looking around, a colleague of his who regularly jogged at Plano’s 801-acre Oak Point Park & Nature Preserve brought the property to the team’s attention.
“It’s like this oasis in the middle of a large amount of population,” Eaton said. “You feel like you are getting away, but you don’t have to drive 100 miles and camp out. You can sleep in your own bed.”
Eaton and crew approached the city of Plano about the park. They didn’t have to do much convincing.
“When they came knocking at our door, we’d already been tasked with bringing a big event to the city,” said Amy Fortenberry, Plano’s director of Parks & Recreation. “But big events cost money, and I wasn’t sure how we could put on that kind of a party without money.”
So once a deal was in place late last year – one that would see Plano and Live Nation partner on a festival, with the latter bearing the brunt of expenses and logistics-planning – it was time to settle on a name and a concept. Rather than deny the past perception of Plano as typically suburban, a decision was made to embrace it.
“We felt that since we were in Suburbia, which makes up such a large part of North Texas, we wanted to celebrate it,” Eaton said, “especially when it’s coupled with the fact that something as beautiful as this park can be in a suburban location.”
“There were mixed reactions when we first heard the name ‘Suburbia’,” Fortenberry said. “But when we saw the whole concept put together, we got it.”
Regarding Suburbia’s lineup, variety reigns, with roots stars Alabama Shakes and EDM king David Guetta representing the yin and the yang of festival headliners. Supporting acts span an equally wide range, including hip-hop stars J. Cole and Run the Jewels; legacy radio acts Third Eye Blind and Violent Femmes; hipster heroes Tegan & Sara and Surfer Blood; and local luminaries such as Midlake and the O’s. Suburbia’s bill — refreshingly different from many of the increasingly similar lineups at fests around the country — was designed, in Eaton’s words, “like an iPod on shuffle.” It recently landed Suburbia a mention in Rolling Stone’s “40 Must-See Music Festivals.”
“The Rolling Stone thing is big for us in the first outing,” Eaton said. “People like all different genres now — that’s what this is.
“I think, in future years, we may be able to understand more what people want, and Suburbia will take more of a shape, but variety is definitely the theme.”
“I hope people will come with an open mind,” said Fortenberry, who admits that she’s been in musical discovery mode since the lineup was announced. “The 20- to 30-year-olds are already pumped about the lineup, but older people will also realize that there’s something for everyone.”
Is Suburbia fest the Austin City Limits of North Texas?
While Live Nation hasn’t officially signed on to produce Suburbia beyond its first outing, Danny Eaton feels confident it will be a part of Plano’s slate for many years to come — an event that matures beyond any “ACL of North Texas” labels, he said.
“There’s no question we’re looking long-range with this,” Eaton said. “We really hope this will be an organic experience. Once we get out there and get feedback and analysis of what happens, I feel it will take on a life of its own.”
The team that operates New Orleans’ Voodoo Music+Arts Experience will produce the inaugural Suburbia.
Getting to Suburbia
Transportation to the park in Plano is available in several forms, said Amy Fortenberry, Plano’s director of Parks & Recreation. Options include taking DART; using hiking and trails, including one that runs under US-75 from the west; biking to the venue; or driving and parking.
“Obviously, parks don’t set themselves up like AT&T Stadium when it comes to parking,” she said, but they have shuttles running to and from two parking lots for an extra fee. Parking costs $15 per day in the general admission lots.
On Twitter:  @HausofHunter
Website: http://suburbiamusicfest.com/ 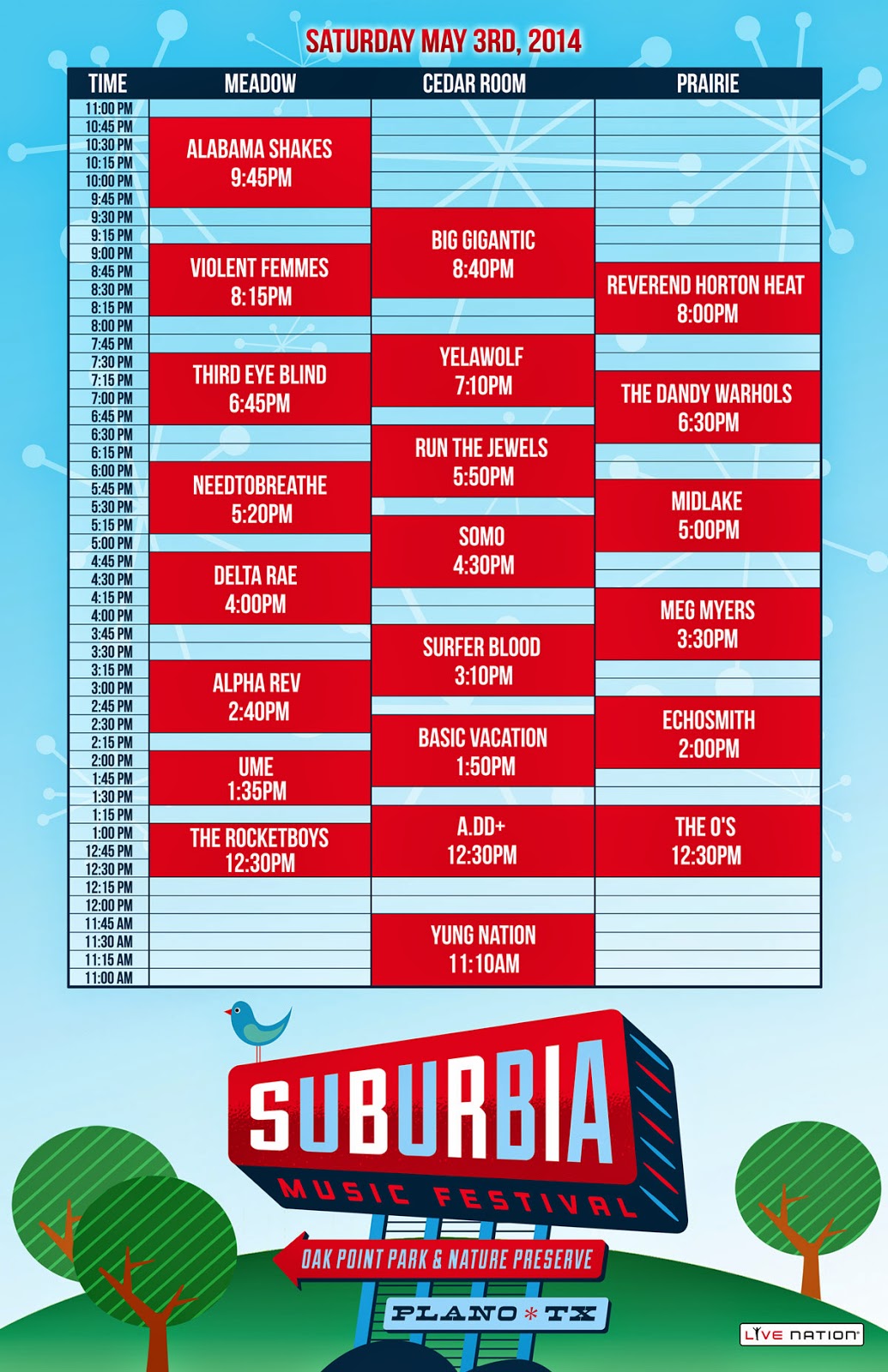 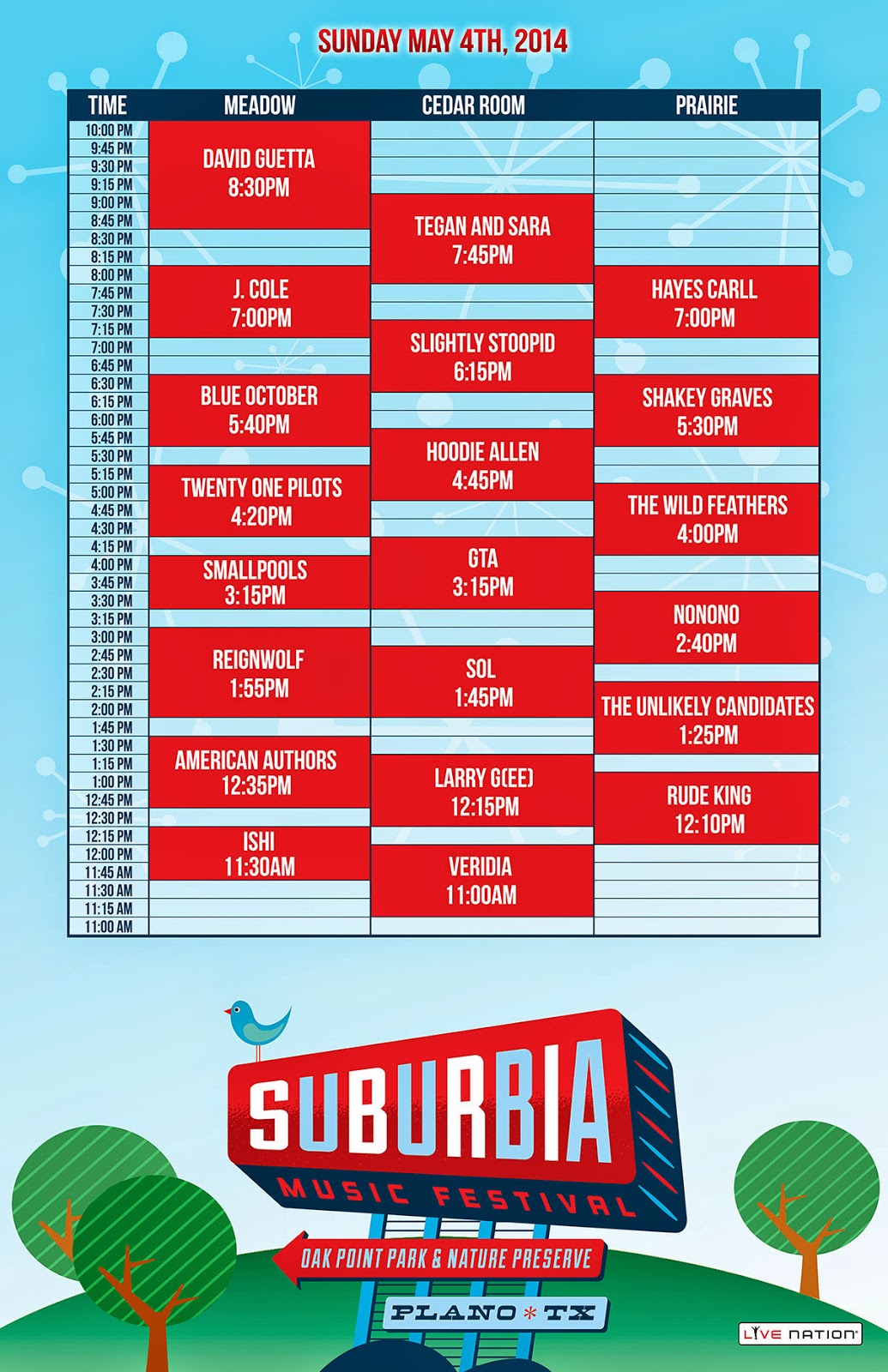 In lengthy run|the lengthy term}, the on line casino pays again ninety seven to 98 cents in prizes of every dollar that a gambler spends on these video games. With slot machines, it is typical for a on line casino to solely pay again 90 to 95 cents—and the on line casino retains the rest. If this appears underhanded, thoughts that|remember that|understand that} slot machines are one of the most in style video games at a on line casino; few folks seem to mind. And if you think about that state lotteries have payout rates would possibly be} a lot closer to 50 cents on the dollar, slot machines don’t look that bad. It's a common perception that enjoying in} "sizzling" machines present you 토토사이트 with|provides you with} a greater chance of winning massive. But based on Mark Good, a former CEO of a web-based playing enterprise and founding father of the brand new} startup Bingo Sites Guru, that is all a fantasy.