What makes good BBQ? Is it the burnt end? Maybe its the sauce or the rubs... or maybe its the company you have when you enjoy the Lonestar state's trademark food. If you are from Texas and enjoy BBQ as much as the rest of us then you may want to save this date: November 3rd. TMBBQ is back for another year! at this event they invite their Top 50 Joints that made the list to the TMBBQ FEST. You can't miss out!

Daniel Vaughn AKA (The BBQ Snob) - "The Prophets of Smoked Meat"

Daniel Vaughn is known as The BBQ Snob and has traveled all across Texas in search of the best smoked meat in the state. An expert in all things barbecue, Daniel Vaughn published his first book "The Prophets of Smoked Meat," a restaurant guide to the best joints in Texas. Vaughn has also kept a BBQ review blog called Full Custom Gospel BBQ.
Check out Vaughn's top 10 Texas BBQ list here. 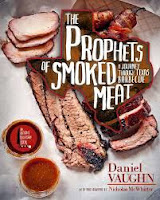 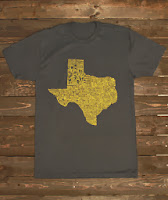