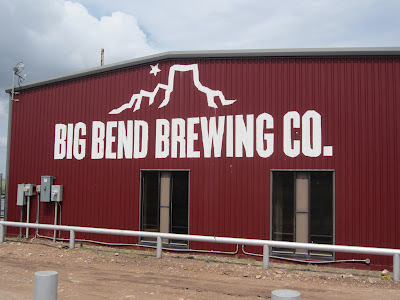 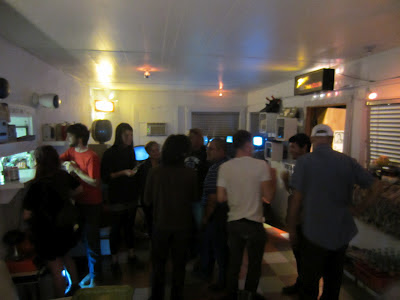 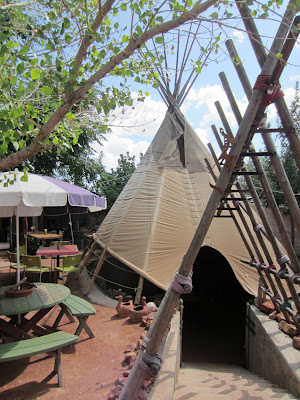 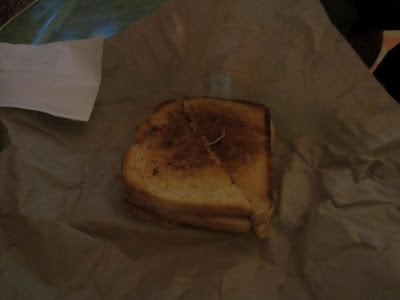 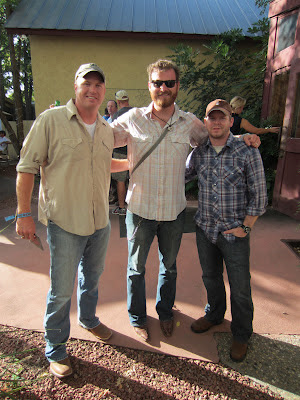 Hanging with Drew Kennedy before the show 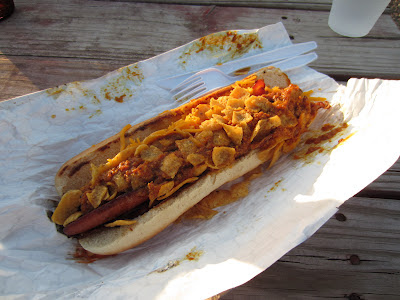 The Hangover at Cow Dog in Alpine, Texas 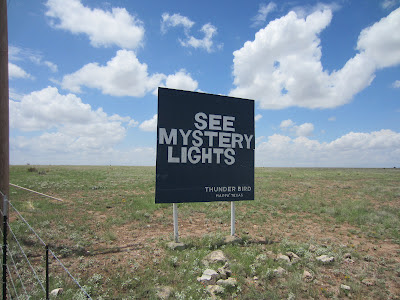 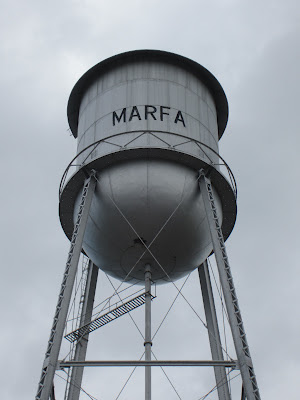 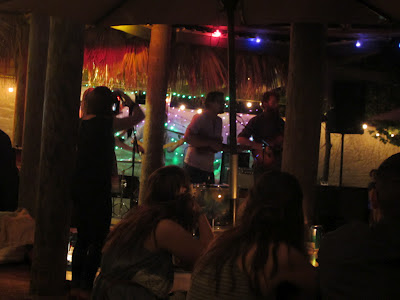 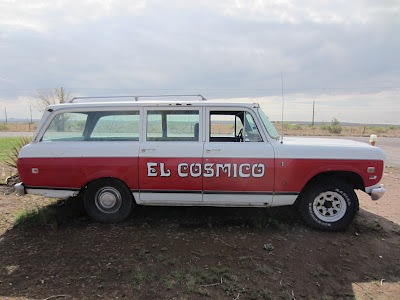 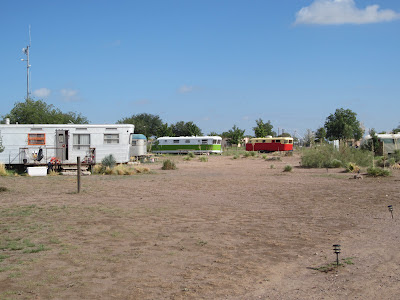 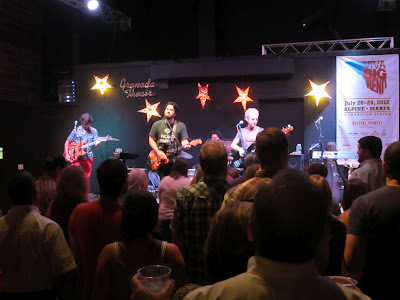 Bob Schneider at the Granada 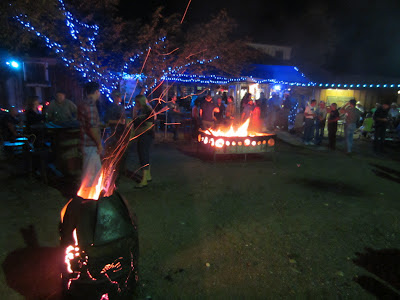 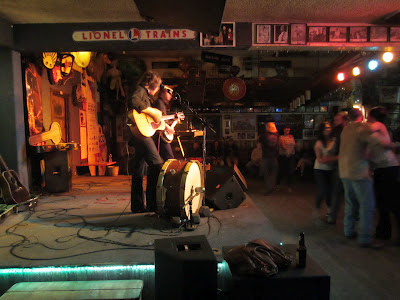 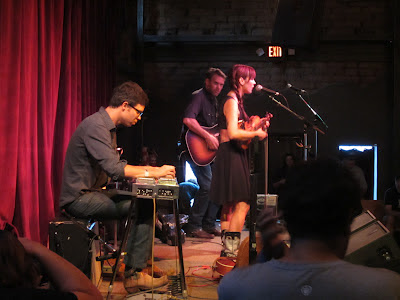 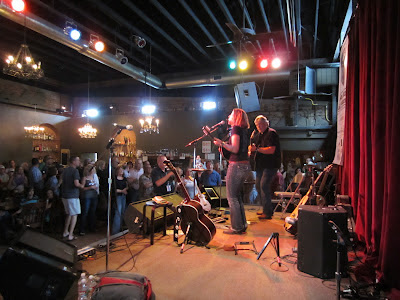 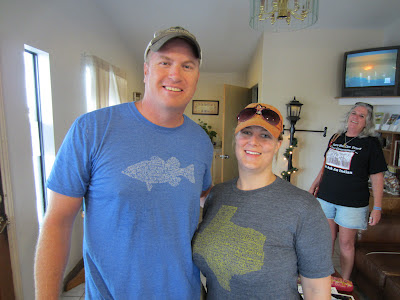 I met a girl wearing one of our shirts in the hotel lobby! 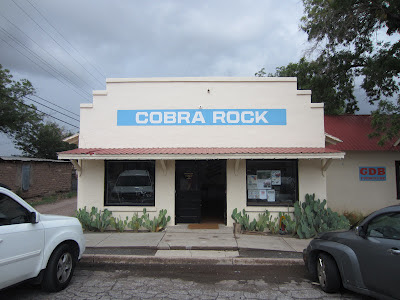 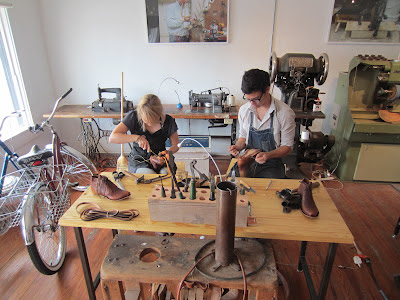 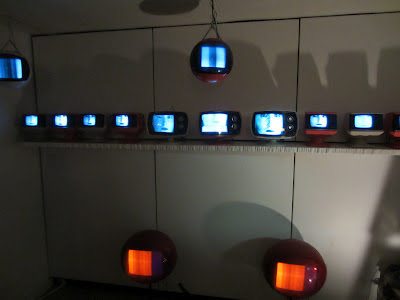 Well, I know it's a little late but I wanted to make sure and share a little bit about our trip down to the Big Bend region a few weeks ago.  Brian and I headed down to Marfa and Alpine during the last weekend in July for the Viva Big Bend Music Festival sponsored by Texas Music Magazine.  It was an awesome time!  We were basically there for two full days and we squeezed in as much music and fun as we could.

Tour at the brand new Big Bend Brewing Co. - We met the head brew master, Steve Anderson.We talked beer, and west Texas. He gave us both a sweet trucker hat and we gave him a Drink Texas Beer tee.

Stopped by Cobra Rock Boot Co. to visit with Colt and Logan.  We dropped off some shirts for their shop.  It was awesome to see them making boots in the shop.  They punch out 12 pair a month!!  Check them out!!

Off to Padre's we went to see Terri Hendrix and Lloyd Maines followed up by Amanda Shires.

Marfa Lights Viewing Area for 30 minutes - no lights, then we left for Alpine to catch Bob Schneider at the Granada.  Awesome show!!

Walked down the street to watch The O's at Railroad Blues.  The O's are one of our favorite Dallas bands.They rocked as usual!

Went out to the hip El Cosmico to check out he trailers.  Apparently we missed Ali Fedotowsky from The Bachelorette by a day and Beyonce by a few weeks. Ali was in town doing a spot on Marfa for 1st Look Look for it to air in the upcoming weeks!

After lunch we parked ourselves at the Planet Marfa outside bar and enjoyed the sunny 83 degree day by drinking our fill of Dos Equis for about 3 hours.

We got all cleaned up drove to Alpine to catch the Drew Kennedy show at the Reata.  Drew traded us his new CD for a River Weed shirt.  What a deal!  Drew put on a great show. He has crazy songwriting skills and just happens to live down the street from my folks in New Braunfels. Check him out!

After Drew's gig, we headed over to Railroad Blues to get some grub at Cow Dog.  I had the Hangover dog.  Picture above.  Delicious!

We then drove back to Marfa, stopped to see lights again....no dice.

Planet Marfa was the next spot as if we didn't get enough in the afternoon.  We watched Denton band Seryn play a short set and then headed to Padre's for the Uncle Lucius show.

We finished the night at the Museum of Electronic Wonders and Grilled Cheese Parlour. It was one of the best grilled cheese sandwiches I had ever had.  Super cool place and really nice folks!

We have already begun to plan for next year's trip for the festival!  Y'all should join us next year!

Big Bend--the best place in the world to be---Did you make it to Terlingua?

Great photos of the Viva Bend Music Festival! Sounds like it was a great event with a ton new music. It's wonderful that they give new artists the chance to perform.